Is a full Swift Chainlink integration closer than we think? 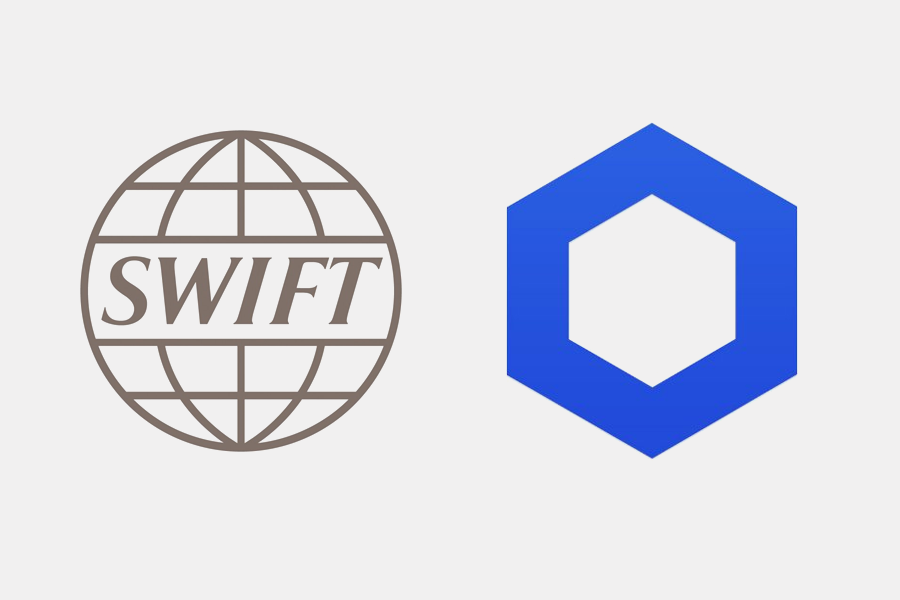 Are Chainlink already integrating into the Swift GPI? Is the 'Chainlink Swift Node' already being used by Swift?

Chainlink do not shy away from global partnerships, Oracle, Google Cloud, Binance and China’s Blockchain Service Network, just to name a few. However, what’s going on with Swift? The name has been thrown about for years, with many in industry thinking this could be the biggest and most significant partnership yet.

We’ve taken a look at the evidence that suggests a full Chainlink and Swift integration could be a lot closer than we think. Could there be a reason for the Swift secrecy on their work with Chainlink?

The Society for Worldwide Interbank Financial Telecommunications. Swift is the world’s leading provider of secure financial messaging services. But what does this actually mean? They don’t hold funds or even manage any accounts on behalf of customers and it’s not a payment network, but 33.6 million transactions go through the network every day?

Swift passes messages between banks in a very secure manner, these messages state the details of all international transactions. It’s crucial that Swift is secure because if the platform gets hacked then transactions can be redirected to different bank accounts.

Ever made a transfer or received money from overseas? You may have used a Swift code or number in order to complete these transactions. These codes are made up of a bank, country, location and branch codes.

It is considered to be the current standard for international transfers and is used across the world, with over 11,000 institutions using Swift daily.

However it isn’t invincible. In recent years companies such as Ripple (XRP) have launched competition to Swift. With critics stating that the Swift messaging service is both slow, expensive and out dated. Swift understands how Blockchain could threaten their business model. Companies such as Ripple allow for money to be sent across the world without the need for any 3rd party such as Swift, and in just a fraction of the time. Ripple already has over 300 financial institutions that are using their service including big names such as Santander and American Express. Take a look at this piece written by Mike Faden at American Express that explores Ripple vs Swift GPI.

This had led to Swift investing in Blockchain Technology. In 2016, Swift published a Position paper on Distributed Ledger Technology, this included their stance on the importance of Smart Contracts in financial services.

Are Swift working with Chainlink?

Chainlink have always been relatively secretive about their work with Swift in terms of releasing details about the partnership. The Smart Contract website states that “We’re proud to be working with SWIFT on their own SWIFT Smart Oracle. Allowing smart contracts on various networks to make payments, send governance instructions, and release collateral with over 11,000 banks.” Swift have also never confirmed on their website that they are working with Chainlink or Smart Contract.

The Swift Chainlink partnership started back in 2016 when Smart Contract (Chainlink) won an award at the Innotribe Industry Challenge, an event run by Swift. Take a look at this presentation from the Sibos 2017 conference showing how SWIFT embarked on a project with Chainlink in order to connect off chain data with the Blockchain. The project was a success and it allowed Smart Contracts to make payments using the Swift Network, this was done with huge financial institutions such as Santander, Barcalys, BNP and Fidelity. When fully implemented this would allow Smart Contracts to pay money to thousands of bank accounts, these Smart Contracts would require a link to bridge the gap between the Swift API and the Blockchain on which they are stored on.

Hold up, aren’t Swift GPI working with R3 and Corda?

Yes, Swift have partnered with R3 and their Corda platform to interlink trade and e-commerce platforms with Swift GPI. This happened in January 2019. R3 runs the largest blockchain ecosystem in the world, and is an open source Blockchain Project designed for large enterprises.

After the partnership, R3 published a live webinar with Tom Pope the Distributed ledger project manager at Swift. They discussed the integration with Swift GPI in detail, with R3 being asked to demonstrate how a transaction would work on the network. R3 said that “The Swift GPI is actually manifested as an oracle service….which would have access to the GPI link”.

In October 2019, R3 also published a video presentation on open banking and Blockchain. At (10:41) R3 talks again of a decentralised oracle that connects the on chain world with the off chain world.

What Oracle service could R3 be referring to here? Chainlink are not the only oracle service on the market. However, if you dig a little deeper you start to see some interesting evidence.

Chainlink and The Accord Project

The Accord Project is described as “open format, tools, and ecosystem for building technology neutral smart agreements”. It hosts high profile members such as IBM, IEEE and R3.

Chainlink have been part of the Accord Project since 2018 (see technology section on their site). This was also announced on Twitter. Accord also wrote a piece on Medium on how Chainlink would help smart contracts ‘come alive’ and help bring more real data into these contracts. In the last year or so this has been deleted, you can read the original Accord Chainlink article here, using the WayBack machine.

At face value this doesn’t mean that every project has to adopt all the tools and resources offered by Accord. However, take a look at this article by R3 talking about Corda (which has integrated with Swift GPI). It states that they have built Corda using the Accord Project Stack. This stack includes using Chainlink for validating external data.

Could Chainlink be working under the hood at Corda to provide secure and trusted oracles? Is the ‘Swift Chainlink Oracle’ already working within this?

Does this mean anything for XRP?

You may have heard that the Corda platform can send and receive XRP transactions, with this being the first crypto that was brought into the Corda Blockchain. Swift has denied any links to XRP with their Chief Marketing Officer stating that “there is still little appetite for settlement in crypto-currencies and a pressing need for fast and safe settlement in fiat currencies”. This cements the need for trusted oracles so that off chain fiat currencies can be sent over the Blockchain.

What would the Swift Partnership mean for Chainlink?

Full integration with Swift would significantly broaden Chainlink’s use cases on the global stage. In 2019 alone, $77 trillion in value was sent over Swift GPI. This could dramatically increase the demand and need for Chainlink oracles across the sector.

Could Swift be trying to hide or white label Chainlink behind their GPI? What do you think this would mean for the project as a whole? Would the price of $link be affected without the public awareness?

Sergey Nazrov once said he thinks that Chainlink will become the standard Oracle Solution for Smart Contracts. Could Swift be the next step in Chainlink becoming this standard?

We would like to thank @LinkiesLeaks, @GreenSockMonkey and @ChainLinkGod for information relating to this piece.

Want to read more about Chainlink? Check out our articles on The Mystery of Sergey Nazarov and What does PayPal moving into the Crypto space mean for Chainlink.