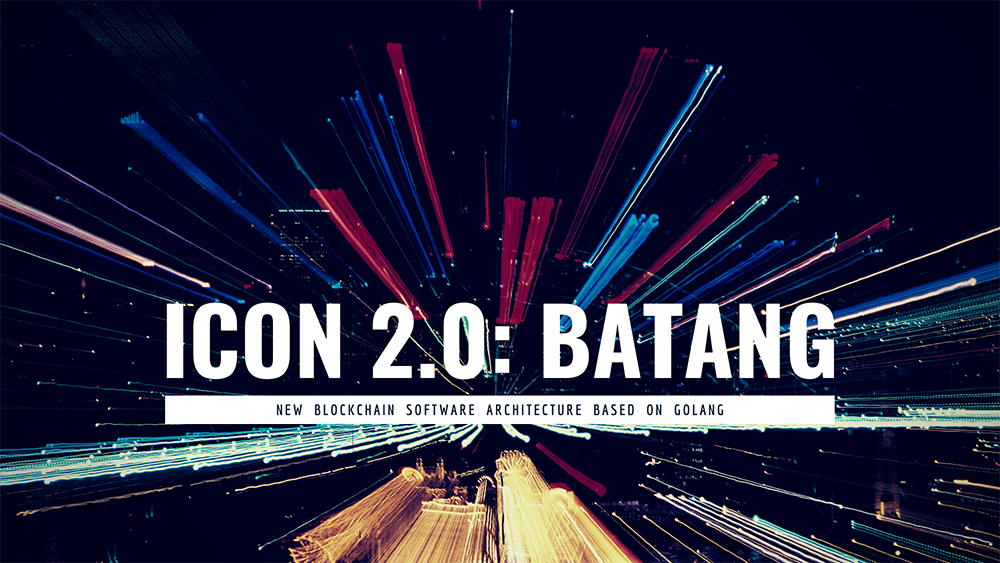 Could ICON (ICX) shake up the Blockchain space and even rival Ethereum? We've taken a look at what it is, who's using it and why the South Korean Blockchain isn't to be messed with.

ICON is a multi-chain Blockchain network that allows developers to create Decentralised Applications (DApps). Many have described it as the South Korean Ethereum and with good reason…

Just like Ethereum users can develop their own Smart Contracts that execute on the ICON Blockchain network. ICX is the native token of the network, however users can opt to build their own token smart contract on the ICON network.

The platform which was developed in 2017 aims to ‘Hyperconnect The World’. Over the last year ICX has grown in value by over 142% (at the time of writing). We’ve taken a look at some use cases and whether the Korean Blockchain could even challenge Ethereum?

Who is using the ICON Network (ICX)?

Shinhan Bank is based in the capital city of Seoul and is the 2nd largest commercial bank in Korea. On the 26th September 2020 the huge Korean bank announced that they would be using ICONLOOP technology in their mobile banking app SOL.

The app uses the ICON Blockchain as an ‘Identity Authentication Service’. It works by encrypting and storing key identity information on a smartphone, this information is then checked against records of the user held on the Blockchain. This ensures that there is no forgery or tampering of any information. The speed at which transactions can be settled means the ICON network is ideal for this use case.

Shinhan plans to implement this technology into the login section of the app, however there are plans to roll this out into different areas including issuing One Time Passwords (OTP’s) to verify user transactions, and password changes.

The Head of Shinhan Bank states that: “Decentralized identification will be the entry point of the digital ID ecosystem that will spread in the future, and it will be able to develop into a platform for managing and transacting data as well as personal identity information.” VisitMe is an electronic guestbook QR service that digitizes visitor logs in South Korea. This free app which uses the ICON Blockchain is helping to keep tourism alive during the Coronavirus pandemic.

During a global pandemic it’s essential that contact tracing takes place to keep shops, hospitality and tourism as a whole open. This means that some kind of register needs to be kept of the different locations individuals visited. This enables authorities to get in touch with anyone who may have come into contact with the virus.

However, this throws up huge issues around users’ privacy and the security of this highly sensitive data. Who stores this information? Who has access to it? Will it be deleted after the pandemic is over or stored for commercial purposes? Do you trust your local bar with your contact information?

That’s where the ICON network and VisitMe comes in. The app uses the ICON public Blockchain network, allowing users to simply scan a QR code with their smart device and have their attendance registered. Users don’t have to hand over any private information to the establishments, the attendance is registered directly to the device.

VisitMe also prevents the need to use shared pens and pencils when signing a guestbook, this removes potentially dangerous unnecessary contact during a pandemic. Check out our article on some more Blockchain solutions for fighting Covid-19.

Premium Gin company STIN are using the ICON network and Near Field Communication (NFC) to sell rare bottles of their Gin.

The Austrian-based gin distillers have produced just 1,000 special limited edition bottles. STIN have combining the use of the ICON Blockchain with crypto-enabled NFC chip attached to the bottles.

Consumers can opt to scan bottles before purchasing, enabling users to check the authenticity and volume of bottles in circulation by using the ICON Blockchain. Allowing buyers to be confident that their purchase is both rare and authentic. As this data is stored securely on the ICON Blockchain, users can be confident that the authenticity and the amount of bottles in circulation is accurate. Checkout our article on Non-Fungible tokens  for even more great use cases.

In 2019 the Seoul City Government launched a Blockchain Governance Team  for a range of State Services. The team is looking at using Blockchain technology for fundamental parts of Korean society.

What next for ICON in Seoul? The government plans to provide Blockchain administration services across several industries. Does this put ICON in a prime position for providing these services?

It’s well known that Ethereum has its problems, gas fees on the platform and slow transaction times has led to many Blockchain enthusiasts trying to rival the Blockchain platform to create more efficient solutions. Tron, Stellar, EOS and Cardano are just a handful of projects that have tried to dethrone the Blockchain giant.

Energy usage is also an issue for Proof of Work Blockchains such as Ethereum. The computationally intensive steps involved in the consensus algorithm have led many to look for an alternative in the Proof of Stake mechanism. The ICON Blockchain is already using a form of Proof of Stake which reduces this energy usage significantly. What is ICON (ICX) doing differently?

ICON is a Proof of Stake Blockchain or more specifically a Delegated Proof of Stake (more on this later). DPOS allows Blockchains to reach consensus on their network much quicker than POW Blockchains such as Ethereum and Bitcoin, where nodes have to compete to solve complex mathematical problems.

In 2019, the ICON team created a development challenge called CON TX to test the scalability and robustness of their MainNet. The ICON foundation set a total reward of 1,000,000 ICX with the aim to encourage as many DApps developers to build on their ICON Blockchain, essentially as a stress test for the network.

This one of the main advantages of the ICON Blockchain over Ethereum. With ICON, hundreds of transactions can be added to the chain every second, while Ethereum averages around 15 transactions a second.

In summary, the ICON Blockchain is fast, scalable, and more energy-efficient than many of its competitors. However, the true test for the Blockchain will only come with adoption and further deployment of DApps across the platform. ICON may have passed the stress test during ICON TX, however, will the Korean Blockchain be able to cope with the level of daily transactions of Ethreum and other Blockchains?

Recently, ICON has upgraded their Blockchain architecture to ICON 2.0 BATANG, the technology is said to be faster, more stable and come with enhanced performance.

A big part of ICON 2.0 is the launch of The Contribution Proposal System (CPS). This is both a governance and funding mechanism for the network. Allowing elected users of the network to take part in key decisions in the protocol. CPS also allows any member the opportunity to obtain funding from the network. This encourages more users to build on the network and expands ICON’s adoption. What are P-Reps in the ICON Network?

A fundamental part of the ICON community is the people. In the majority of Blockchains any major changes to the protocol or funding are made by the core development team. However, the ICON network works slightly differently giving ICX holders more power over decisions on the network.

P-Reps are voted in by the community and are responsible for validating nodes on the network (Staking). ICX holders can opt to delegate P-Reps so that they can earn Staking rewards on the network. This is how the DPOS works on the network, you can read more about DPOS on the Blockchain network here.

P-Reps also make proposals and contributions to the project. ICX holders can opt to vote for these proposals and help grow the network. Checkout this project by Metanyx who are attempting to integrate Shopify with the ICON network, allowing users to pay with their ICX. What do you think does ICON have the potential to both shake up and connect the Blockchain space? The multi-chain network certainly doesn’t lack use cases, but does it have the legs to knock Ethereum off the top spot in terms of Defi and DApps as a whole?