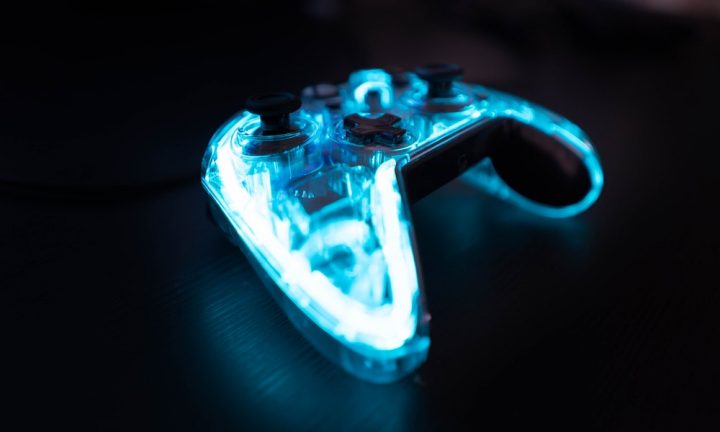 Our ultimate guide to Blockchain games. What are they, what makes them different and which ones should you play?

Blockchain games are generating a lot of buzz in the gaming community, with many players enjoying the advantages they offer over conventional gaming platforms.

There’s now a host of blockchain and crypto games available – from collectables to casinos – and the number is growing all the time. In fact, major gaming companies like Microsoft and Sony are already looking into blockchain applications. If you’re curious about trying a blockchain game but you’re not sure where to start, we’ve got you covered. In this guide, we’ll explore the benefits blockchain games can offer. Next, we’ll give you a run-down of some of the best blockchain games available right now.

First up, let’s take a look at the limitations of conventional games, and how blockchain tech resolves them:

Conventional online games are run from central servers, and because these servers are a target for hackers there’s the risk of in-game assets being stolen or counterfeited.

With conventional games you also don’t own the assets you’ve earned or paid for, you only get to access them within the game. And if you choose to abandon the game, or if the game shuts down, your assets are lost.

On the other hand, blockchain in-game assets are stored on a decentralised, immutable ledger, which means purchases and pay-outs are fast and secure. There’s no need to wait for a centralised party to authorise transactions; these are executed by the smart contracts.

What’s more, because all blockchain transactions are immutable there’s no question over ownership of assets and no risk of assets being duplicated. An asset you’ve earned in a blockchain game is securely transferred to your digital wallet via the smart contract, so you own it outright.

You can choose to trade or sell your asset, and it has intrinsic value outside of the game it will exist as crypto in your wallet even if the game itself shuts down. In some cases, assets could even be used in other games, as blockchain games have the potential to interact with each other.

And it gets better: most blockchain games’ assets are non-fungible tokens, or NFT’s. These are tokens with individual characteristics that make them unique (as opposed to fungible tokens that are identical to each other). This means some tokens are guaranteed to be rarer and more valuable than others, creating an active marketplace. Play an NFT game well, and you have the chance to earn real money.

To sum up, blockchain and crypto games offer enhanced freedom, security and reward for players, with reduced risk of being exploited by unfair rules or arbitrary changes. With so many advantages, it’s no surprise that blockchain games are taking off in a big way. Let’s take a look at some of the best and biggest blockchain games available right now:

Iconic collectables game CryptoKitties invites players to buy, breed and sell virtual cats. Every cat is unique, representing an NFT on the Ethereum blockchain network. The value of a cat is determined by its traits and demand on the market. Combining charming visuals, simple rules and the chance to make a good return, CryptoKitties is a prime example of how compelling NFT games can be. When introduced back in 2017 it was wildly popular; at one point it famously slowed down the Ethereum platform, and a cat has sold for over $100,000.

Because the game’s interface is very user-friendly, CryptoKitties is a good intro to the blockchain gaming space. There’s also a handy series of guides covering different aspects of the game, which are easily accessible from the navigation bar. To play CryptoKitties you just need a digital wallet and ETH to buy your first cat.

Aavegotchi is a crypto game featuring collectable NFT ghosts. It’s created by Aave, a lending and borrowing decentralised finance (DeFi) project. In an innovative move, the game merges aspects of DeFi with NFT’s: when you buy a ghost, you also stake crypto into Aave’s Dapp as collateral. In return your ghost has an interest-bearing token attached to it, meaning the ghost increases in value over time. 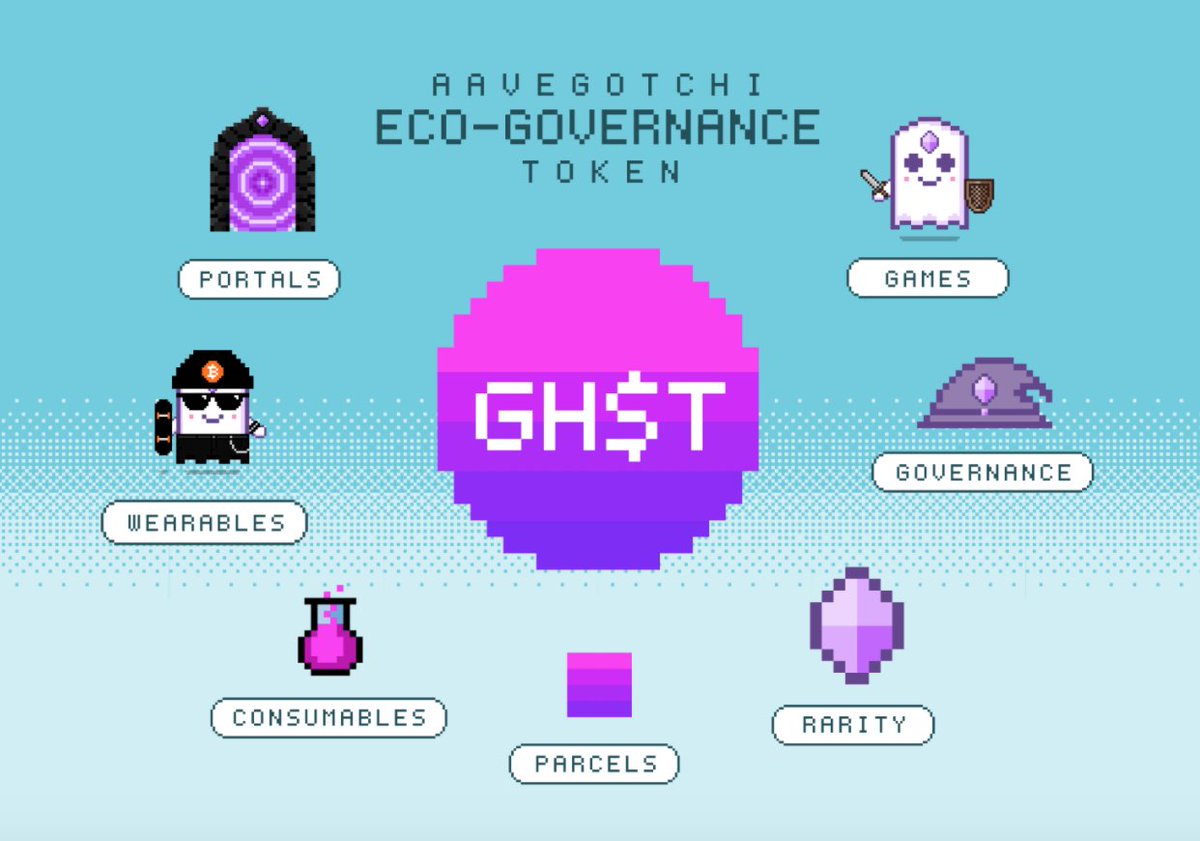 Aavegotchi has a fun, retro interface, and each 2D pixelated ghost has unique attributes that determine its value. You can also increase a ghost’s value via wearables and competitions, and buy, sell and collect them.

One key benefit of playing Aavegotchi is it employs Chainlink’s verifiable randomness function (VRF). This function ensures elements like a ghost’s rarity are generated completely at random – and this randomness can be verified by everyone on the network, eliminating any risk of tampering or bias.

Sorare is a fantasy football game which allows you to trade player cards, enter tournaments and compete for prizes every week. There’s a limited supply of NFT cards that never expire, ensuring cards’ rarity and value is maintained over time. Cards can be bought and sold on a marketplace or bid on at auction.

Sorare has some nice features that make it an ideal intro to blockchain gaming; new players get 5 free cards to start with, so you don’t need to put in crypto until you’ve learned the ropes. The interface has a crisp, clean design with a simple layout for easy navigation; it’s intuitive to use even if you’re unfamiliar with blockchain tech. If you enjoy games with a sci-fi element, 0xUniverse could be for you. It’s a strategy NFT game where players explore a virtual universe in search of planets. Discovered planets can be colonised to increase their value, and to create better spaceships for future exploration. The interface has nice futuristic 3D graphics, with each planet having its unique design. To start playing the game and buy your first planet, you just need a digital wallet and some ETH.

0xUniverse is built entirely on the Ethereum network, so all its actions are written to the Ethereum blockchain. This is very handy, as it allows you to go back through the digital ledger to analyse your past actions (or actions of other players) to improve your strategy.

Gods Unchained is a digital card game based on the Ethereum network. Players collect and trade cards, create a deck and compete in battles. The game is turn-based, intending to reduce your opponent’s life to zero by playing superior cards. There’s a catch, though: stronger cards use up more energy or ‘Mana’. So choosing which cards to play involves planning and strategy. New players get a free starter pack, so there’s the option to try the game out before committing to spending your ETH. The game has a well-designed interface with clear, appealing visuals; there are nice touches like animated elements and sound effects too, for an immersive experience.

As you’d expect, the cards are NFT’s you own outright; you can sell them for crypto as well as use them in matches. The game also holds regular tournaments with the chance to win prizes.

Knight Story is an Ethereum-based Role-play game (RPG) developed for mobile. The aim is to level up by sending your knights to kill monsters. You can make your knights stronger (and more valuable) by giving them pets and crafting materials into weapons and armour. Once you’ve reached a certain level you can trade and sell your knights as NFTs.

The game is a reboot of EOS Knights, an RPG based on the EOS chain; it shares many features of the original game but the interface is much improved, with polished visuals, nice animations and interactive design elements. It’s also more accessible than the original, offering sign-up via Google or Facebook and the option to try for free.

Finally, let’s take a look at a popular blockchain casino. The immutable nature of blockchain transactions brings a new level of trust and transparency to gambling sites, which have in the past suffered from suspicion of unfair practices. Blockchain casinos also offer complete anonymity and fast, secure withdrawals and pay-outs.

First established in 2014, FortuneJack has become one of the most popular blockchain casinos. There’s a huge range of games to choose from, including dice games, card games and sports betting. The casino has some nice features like ‘free to play’ games, and loyalty rewards to keep regular users happy. You can play with most major crypto, including BTC and ETH. The casino has a sleek interface that’s very intuitive to use, with a straightforward registration process. Appealing visuals, animations and interactive elements give players an immersive experience. There’s a well-designed mobile version, too.

There you have our essential guide to blockchain games. We’ve explained why blockchain tech has the potential to revolutionise gaming because of the benefits it offers players – such as transparency, flexibility, enhanced security and true ownership of assets. And we’ve given you a round-up of the best blockchain games out there today, to help you choose a blockchain game you’ll want to invest your time and crypto in.

Is there a blockchain game you enjoy that’s not on our list? Let us know on Twitter @uxsequence. And check out our Blockchain News page if you’d like to learn more about the latest blockchain innovations.