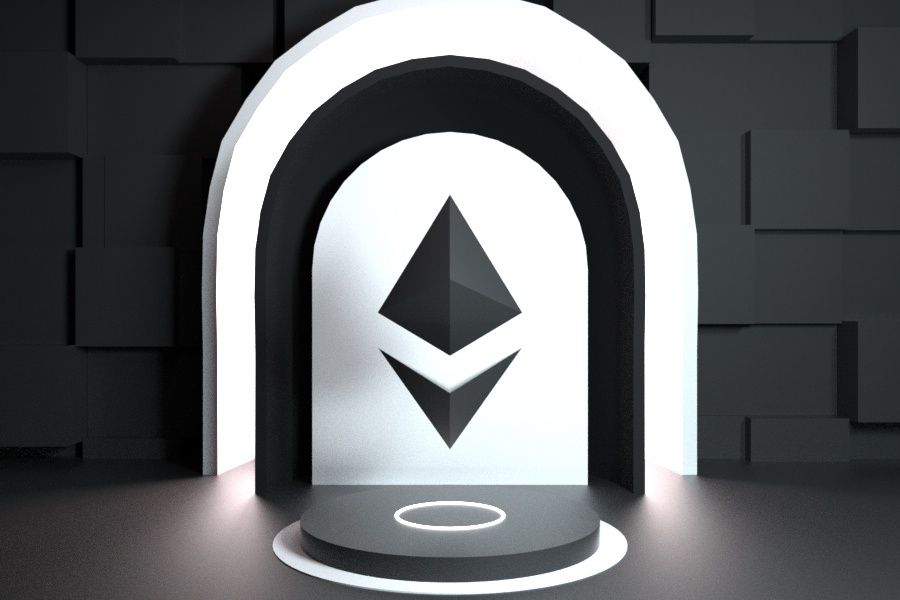 Arbitrum is tipped to be one of the most popular Layer 2 scaling solutions for Ethereum. We take a deeper dive into Arbitrum and how Layer 2 Scaling solutions may be the answers to many Ethereum developers prayers.

What is a Layer 2 Scaling Solution?

Even if you haven’t been involved in DeFi for long, you’ve probably heard about the exorbitant fees incurred when interacting with the Ethereum network. A scaling solution could be the answer to this. By reducing congestion, the solution reduces transaction and network fees. The idea is to add a second layer to the Ethereum main network. This allows some data to be stored off the mainnet and on the second layers own nodes.

In Arbitrum’s case, they use roll-ups. This is essentially running the smart contracts on their own nodes and off the ethereum mainnet. It only stores the outcome of the contract/transactions on mainnet, this theoretically gives a similar level of security, yet at much lower fees.

What are the advantages?

Both transaction and interaction fees are reduced to almost being considered negligible. This reduces the cost of using services like decentralised exchanges (DEX,) such as UniSwap, by a considerable margin. Optimism, another Layer 2 scaling option, has recently published numbers suggesting users could pay 11 times less when using UniSwap with a Layer 2 solution.

what’s the best estimate for how much lower fees will be on @arbitrum and @optimismPBC for equivalent tx’s?

With Layer 2 solutions offering solutions to many of Ethereum’s teething problems, its beginning to be seen as the possible catalyst for DeFi’s mass-adoption. Without the high fees involved with using services like UniSwap, perhaps more people would utilise them.

Arbitrum’s mainnet bet was privately launched on 29th May 2021. At the moment this is only available to the select developers who applied before its launch. This is big news for Arbitrum, meaning that developers are building on their platform and the hype surrounding the project is increasing outside of the developer sphere.

As mentioned previously, Arbitrum is not the only Layer 2 Scaling solution rolling out right now. There is fierce competition in the space from Polygon, Optimisum, LeapDAO and many more. Each company has different benefits based on its approach to how a Layer 2 Solution should work. This, and the lack of interactivity between Layer 2’s, is creating a segmentation in the market. Due to the way Layer 2’s work, an NFT/token created on it cannot be transferred to the native Ethereum blockchain without high ETH fees.

Arbitrum’s advantage over other Layer 2’s is the fact that they still use Solidity. The other Layer 2’s use their own custom languages, for example, Fluence use Aquamarine. This allows any current Solidity dev to transfer their Ethereum contract with little to no changes to the code. This lower barrier of entry is Arbitrum’s key to move from a niche side-chain to potentially the most popular choice for Layer 2 solutions.

A very good breakdown of Arbitrum vs Optimisum, two of the most popular Layer 2’s, is in this thread here by Twitter user @krzKaczor. The thread goes far more into depth about the differences between these two titans of Layer 2.

1/ It’s high time for @optimismPBC vs @arbitrum. I know you’ve been waiting for it so let’s go!??? Another strength of Arbitrum is it allows the use of Chainlink’s Oracle services. Chainlink is a decentralised Oracle service. An Oracle is a data-source for blockchains to utilise data checking and use randomiser engines. We’ve previously covered the founder of Chainlink, Sergey Nazarov, which will give you more of a background of where he came from before creating Chainlink. To find out more about specifically the integration of Chainlink on Arbitrum, check out this Medium announcement from earlier this year.

Ethereum 2.0’s is tipped to be released later this year/early 2022. Some believe that Layer 2’s won’t have a market share as the release could bring mass efficiency improvements, reducing the network’s congestion and reducing the fees associated with different transactions. This would remove the primary scaling benefits brought forward by Layer 2 solutions.

Although Ethereum 2.0 has been pushed back several times before. Perhaps Layer 2 solutions have more time to gain market share before their share is threatened. If Arbitrum capitalises on this extra time it could adapt to be around for much longer and could become a widely adopted service.

What’s your favourite Layer 2 Scaling Solution? Or are you a hardcore Ethereum fan? Let us know on Twitter @uxsequence.