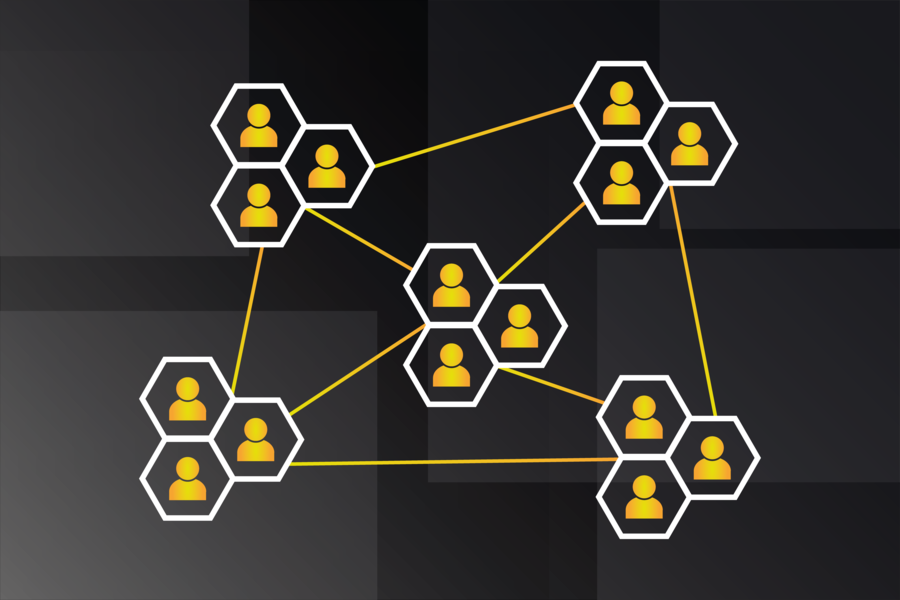 “Coming together is a beginning, staying together is progress and working together is a success.” These are the words of the great Henry Ford. It sounds like Henry would be a big fan of our latest topic: decentralised autonomous organisations, also known as DAOs. Here’s our guide to everything you need to know about them.

What is a DAO?

By definition, a DAO is “An organization that runs autonomously, in a decentralized manner, that functions without the need for centralized parties to make decisions for the organization to grow, to be profitable, or *physically* exist.”

In simpler terms, an organisation or project is able to run automatically without the need of a hierarchical structure or human leadership.

How do DAOs work?

If a DAO was a car, the smart contracts could be considered the engine in which the DAO can’t run without. Therefore, to understand how DAOs work, it’s crucial to first understand the role of a smart contract.

Investopedia says, “Smart contracts permit trusted transactions and agreements to be carried out among disparate, anonymous parties without the need for a central authority, legal system, or external enforcement mechanism”

When we apply this to DAOs, smart contracts basically run the group without the need for constant human input once the DAO is up and running.

Contrary to traditional organisations, DAOs operate via code that translates the rules of the organisation, decided upon by founding members.

Once the code is written into smart contracts, tasks that previously would’ve required human input can be carried out autonomously.

How to join a DAO

The most common way to join a DAO would be to own it’s native token.

Usually, DAOs launch their own tokens in order to raise funds and the amount of tokens one person owns reflects their voting rights. The more tokens a person owns, the more weight their vote holds.

To own a DAOs native token, you’ll need to head to a decentralised exchange (DEX). DEXs are peer-to-peer marketplaces for cryptocurrency trading, where traders don’t have to hand any details over to an intermediary.

Decentralised exchanges can list any token minted on the blockchain they are built upon, with the most common being the Ethereum blockchain. Common examples of DEXs include: PancakeSwap, Uniswap and SushiSwap.

One of the biggest advantages of a DAO is that they are completely transparent. As smart contracts are stored on the blockchain, the whole organisation is public.

Due to their transparency, members don’t need to worry about any secret agendas going on behind the scenes. The organisation is self-serving on the principles that everyone had access to before they became a member of the DAO.

DAOs eliminate one of the most common problems with traditional organisations: the top-down structure. Most organisations today operate with much of the power being held at the top of the hierarchical pyramid; this can often lead to an autocratic culture and consequently, dissatisfaction amongst workers lower down the organisation.

As DAOs have no CEOs or managers, they have no hierarchy which ensures trust doesn’t have to be placed in a select group of individuals. Even original founding members of a DAO receive no extra perks than any other member of the group.

Instead, everyone gets to have their voice heard. The group is collectively owned by all of its members built upon the democratic belief that shared ownership equals shared benefits.

DAOs operate using open-source code. Open-source means the code is freely available for anyone to view and modify.

This means programmers who may be members of the DAO can help to identify faults in the code.

Furthermore, open-source code enables users to fork the code. This is when users take the existing code and tweak it to create what is essentially a new, updated version of the DAO which ultimately leads to a more efficient organisation. Uniswap is one of the biggest decentralised exchanges for cryptocurrencies. Built on the Ethereum blockchain, it provides a platform that facilitates automated transactions between crypto tokens.

Uniswap’s native token is called UNI, which gives owners the right to vote on any changes to the protocol and even issues such as fee structures.

Any UNI holder can also submit proposals in an attempt to introduce new features to the DAO. Each proposal goes through three stages: temperature check, consensus check and governance proposal; with each requiring a certain amount of UNI yes-votes from token holders.

One of the most talked about DAOs of the last few months is OlympusDAO, which is aiming to create a free-floating crypto reserve currency.

Olympus differs from stablecoins because it’s token, OHM, is backed by the contents of Olympus’ treasury and is not pegged to the US dollar like coins such as Tether (USDT).

To explain the idea more simply, Olympus draw on game theory to explain its aims. OHMies, as they refer to themselves, have three options available to them with their OHM tokens. They can stake, bond or sell.

The belief is that if everyone stakes, everyone benefits. To motivate owners of OHM to stake, when the protocol mints OHM, stakers collectively receive 90% between them with the remaining 10% going to the DAO. Rarible is one of the biggest NFT marketplaces on the web. Here you’ll find bored apes, cryptopunks and Sandbox LAND.

In 2020, Rarible announced they would be shifting towards becoming a decentralised autonomous organisation with the help of their governance token, RARI.

Interestingly, RARI can’t be bought on their own platform, it can be earned by participating on the platform which they call marketplace liquidity mining.

60% of RARI’s total supply is reserved for sellers and buyers on Rarible, split 50/50 between the two groups.

The tokens are distributed on a weekly basis according to purchase and sales volume of users. This system rewards the most active creators and collectors, allowing them to vote on any platform upgrades to Rarible. Compound finance is a leading platform in the DeFi space allowing crypto investors to earn money on their cryptocurrency savings.

Users can borrow money by putting up other savings as collateral. For example, users are able to borrow dollars by using their bitcoin as collateral.

Compound’s token, COMP, gives owners voting weight directly equal to the ownership weight. E.g. If a person owns 2% of the COMP allocation, they have 2% of the overall voting rights.

Compound allows COMP holders to delegate voting rights to other users or even to people outside of the DAO such as DeFi experts. This means that anyone can contribute to Compound’s governance, even if they don’t own the DAOs native token.

Maker DAO is a decentralised organisation that is aiming to bring stability to the extremely volatile cryptocurrency market. The likes of Bitcoin and Ethereum have proven to be a rollercoaster ride for investors with the price constantly on the verge of soaring to the moon or plummeting to the ground.

Alternatively, Maker aims to achieve stability through the generation of their stablecoin, DAI, which is the world’s leading decentralised stablecoin.

Stablecoins aim to keep their value as close to a fiat currency (e.g. The US dollar) as possible. This is done through an automated system of smart contracts.

The DAO itself is governed by holders of their token, MKR. As well as enabling governance, MKR holders benefit from interest earnings as the price of MKR fluctuates with the price of DAI. MKR holders can also delegate their voting rights to one or more of Maker’s recognised delegates. Similarly to Compound, these may be people who don’t even own the MKR token.

It’s clear that DAOs are gaining in popularity. Their existence may still be in its infancy, but their potential is evidently sky-high. Could we be heading towards a future in which these decentralised organisations are the solution to saving our endangered wildlife? Or removing toxic football club owners? Hell, one DAO even just tried to buy a copy of the US constitution!

Check out Sequence’s very own work with a DAO! We helped Chain.art to build a site which showcases the story of their amazing, physical meets digital sculpture.