What is Staking and How is it Different from Proof of Work? 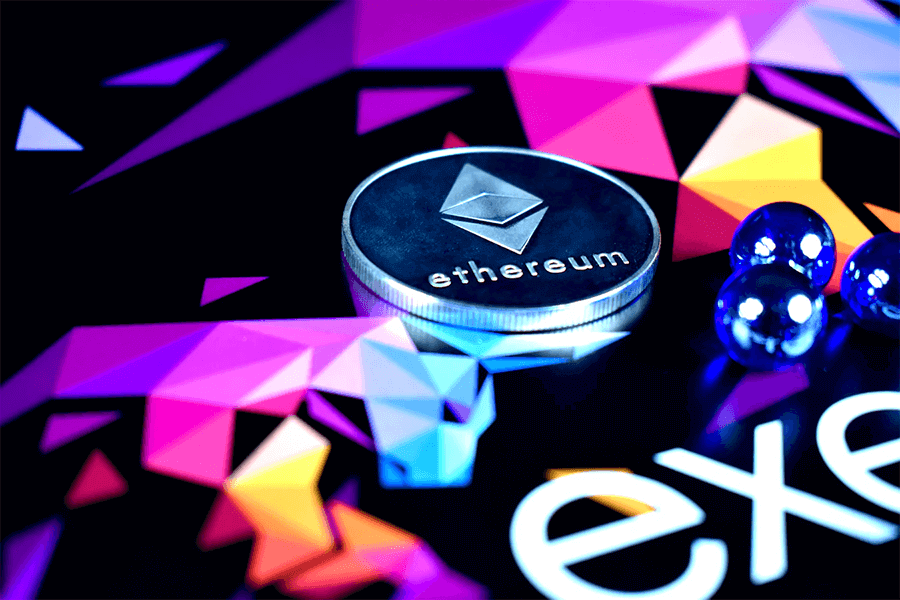 You may have heard the term Staking mentioned around many different crypto currencies, but what really is Staking?

Before you learn about Staking, it’s important to understand how the existing technology which underpins almost all cryptocurrency works.

The majority of people in the crypto space will have at least heard of Proof of Work (PoW). The term was first coined and formalised in a 1999 paper by Ari Juels (Professor and Chainlink advisor) and Markus Jakobsson (Security Researcher).

The problems with (POW)

These mathematical problems aren’t easy to solve. Your 5 year old computer probably isn’t going to make the cut. They require a huge amount of computational power to complete. This often means that the process can only be completed by Mining Pools or Mining Farms. This has led to doubt on the decentralisation of some blockchains and cryptocurrencies. With many arguing that Bitcoin has lost its decentralised routes. Take a look at the pie chart below, showing where the majority of Bitcoin is mined. The chart provided by Blockchain.com shows huge organisations such as BTC.com, F2 Pool and Poolin are dominating the mining industry, these organisations are in a sense running the Bitcoin network. This puts the network in danger of a 51% attack where an organisation is able to disrupt the network. Could Staking be the solution?

Proof of Stake (PoS) has the same purpose as Proof of Work(PoW). It aims to reach consensus in the Blockchain.

To get involved in the forging process users are required to lock a certain amount of coins into the network. There will often be a minimum amount that is set, which means not everybody will be able to stake their coins. However each blockchain will have their own process in terms of selecting nodes to forge transactions, some will have minimum requirements whereas others won’t.

When a node is selected, it will check if a transaction is valid and then sign the block and add it to the blockchain. The user that has forged this block will then be rewarded with the transaction fee. This is slightly different to the PoW approach where more cryptocurrency is created as a reward for minors.

The security and reliability of the nodes is guaranteed by the stake of the individual or organisation that is forging that block. If a user was to forge an invalid block some of their stake would be taken. This also has an effect on if the node is chosen in the future to forge future blocks.

Proof of Stake encourages a greater number of users to run nodes on the network than in the Proof of Work algorithm. This makes the process decentralised and more accessible to the community. The Staking process for different cryptocurrencies won’t always be the same. The time that you must lock your stake up, the minimum stake, and the amount you can expert to earn will all vary greatly depending on the token. We’ve taken a look at some of the tokens which are currently being staked along with a couple that could be in the works.

Tezos was developed in 2014 by married couple Arthur Breitman and Kathleen Breitman. The developers behind Tezos claim that the name translates to ‘Smart Contract’ in ancient Greek. Tezos let their community write the rules, enabling token holders to vote on new updates and protocols on the Blockchain.

One of the things which separates Tezos from other tokens such as Bitcoin is the lack of the Proof of Work algorithm. Tezos is built on Proof of Stake, a key part of the token that holders and developers claim makes it more decentralised than other Blockchains such as Bitcoin. Many in the crypto community believe that it was Proof of Stake which enabled Tezos to survive the ‘bear market’, when the prices of coins fell dramatically.

There are 2 ways to earn money from Staking Tezos. Owners can choose to stake directly and run a node to validate Tezos transactions, this is called ‘baking’. There are a few requirements for this, such as owning more than 8,000 Tezos which is around $30,000 (at the time of writing) and having a strong internet connection and server speed. This isn’t an option for everybody but there’s an alternative, XTZ owners can opt to delegate and have someone else bake for them. Users that opt to delegate their right to stake will then receive interest from the baker. You can expect to earn at least 5.5% interest on your XTZ if you opt in to Staking.

Cosmos has been described as the internet of Blockchains, due to the interconnectivity that it brings to the crypto space. The Cosmos network is a decentralised network which helps connect different blockchains together, such as Bitcoin and Ethereum. Applications that are built using the Cosmos SDK (developer tools) are often described as application specific Blockchains. Band is an example of a project which has been launched on the Cosmos network.

ATOM tokens are used to validate transactions on the Cosmos network. The more ATOM that is staked by a node the more that node is used and rewarded. Cosmos has tough penalties for any nodes not behaving as they should and being dishonest on the network. Any node which is seen to be acting dishonest has its ATOM frozen for 21 days while it’s being investigated. The staked coins from that node are then completely removed. Similarly to Tezos, ATOM owners can opt to delegate their ATOM tokens to other validators. Cosmos have a limit on the amount of validators that can run full nodes because these slow the network down.

In 2019 Cosmos Proof of Stake was under threat when some stakers found ways to abuse the network without being punished. This allowed for stakers to validate transactions that they shouldn’t, compromising the entire network.

Tezos and Cosmos certainly aren’t the only cryptos to offer staking of their tokens/coins. Algorand (ALGO), TRON (TRX), VeChain (VET) and TomoChain (TOMO) are all currently available to Stake.

Projects that could be introducing Staking soon

The rich benefits to both token holders and different blockchains has led to many cryptocurrencies wanting to switch from PoW to PoS. We’ve taken a look at a couple of cryptos which could soon be offering Staking.

Vitalik Buterin the founder of Ethereum has set out his intentions to do a hard fork of the Ethereum code base in order to switch from Proof of Work to Proof of Stake. Etheruem has already undergone one hard fork, when Ethereum Classic was created in 2016 after a vulnerability in the original code base was exposed. When a hard fork occurs either because of a disagreement between developers (such as with Ethereum Classic) or because of a significant change to the protocol such as moving from PoW to Pos. When this occurs the previous blockchain will no longer be compatible with the new one. Vitalik believes that switching to PoS can both speed the network up by improving its efficiency, as well as being much more sustainable for the environment. Currently Bitcoin mining alone uses the same amount of power as the entirety of Switzerland.
Ethereum 2.0 will require validators to stake a minimum of 32 ETH to run a node on the network. In order to become a validator on the Ethereum network, users will have to deposit at least the minimum amount of ETH into the Ethereum deposit contract, you can see the contract for the project here on GitHub.

Ocean Protocol helps developers build marketplaces enabling users to securely publish, exchange, and consume data. The Ocean token is used as a reward in the exchange of this data. Ocean aims to unlock data from silos, for it to be used productively rather than simply stored by huge corporations. Ocean is about making data available to the community in order to build better products, services and experiences for all.

Ocean has recently undergone a token swap which enables it to activate its full capabilities which include Staking. This will be available in Ocean V3 which is due to be released in October 2020. The new Ocean token will allow for network rewards to be generated, these are crucial for the process of staking as it’s these rewards that encourage Ocean holders to Stake and lock up (forge) their tokens.

You can keep up to date with the introduction of Staking and other V3 additions by checking out the Ocean Protocol blog. Want to read more about Ocean? Checkout our article on What is Ocean Protocol?

Chainlink (LINK) is significantly different to other crypto currencies. Chainlink is a decentralised network of nodes, used to connect smart contracts stored on the blockchain with off chain data, so that it can be used in the contract. This off chain data could be things such as weather data, the outcome of a sporting event, the price of the dollar etc.

The Chainlink Staking protocol is not fully live yet, as the development team needs to create Penalty and Deposit contracts. These will allow users to deposit their LINK for Staking and will also allow penalties to be imposed on the network for users not providing the right data. Staking is currently available through LinkPool, you can see the LinkPool node on many different feeds on the Chainlink site, they claim to be the leading node provider for Chainlink. You can read about how you can stake your LINK with LinkPool here.

Chainlink Staking could be introduced in the near future with rumours that it could be announced at the Smart Contract Summit on August 28th – 29th 2020.

Can I Stake my Bitcoin?

Bitcoin cannot be Staked as it does not use the Proof of Stake (PoS) algorithm. Bitcoin uses the Proof of Work (PoW) consensus algorithm that requires it to be mined to be added to the Blockchain. Mining requires a huge amount of computing power and therefore is not usually feasible for the average user.

The process of Staking your crypto doesn’t come without its UX issues for both individuals and organisations. Many users feel as though that by Staking they are ‘losing control’ over their crypto assets and handing over their private keys, which isn’t the case. There is however an element of loss of control, as users have to tie up their crypto for a certain amount of time, without being able to withdraw it.

Users may also be concerned about the penalties associated with Staking. Users that opt to delegate their opportunity to stake their crypto could still be penalised if that user does not correctly validate/forge blocks, this is enforced by the protocol of the network. Different blockchains also have different rules when it comes to being rewarded for Staking your crypto. With some offering payments after a few days and others requiring you to stake a minimum amount before you can receive any rewards. Therefore users need to fully understand how to Stake within the rules set out by the different Blockchain networks.

Another barrier for users adopting Staking is understanding the technological requirements. Despite the requirements in terms of processing power being much lower than Proof of Work, a lot of users will still lack the technical knowhow to set up their own node. Blockchain networks need to provide in depth and simplistic documentation that outlines how the process works.

What do you think will you be Staking your crypto? Let us know on Twitter @uxsequence. Want to read more about Blockchain innovations? Checkout our Blockchain news page here.