What is Ocean Protocol? 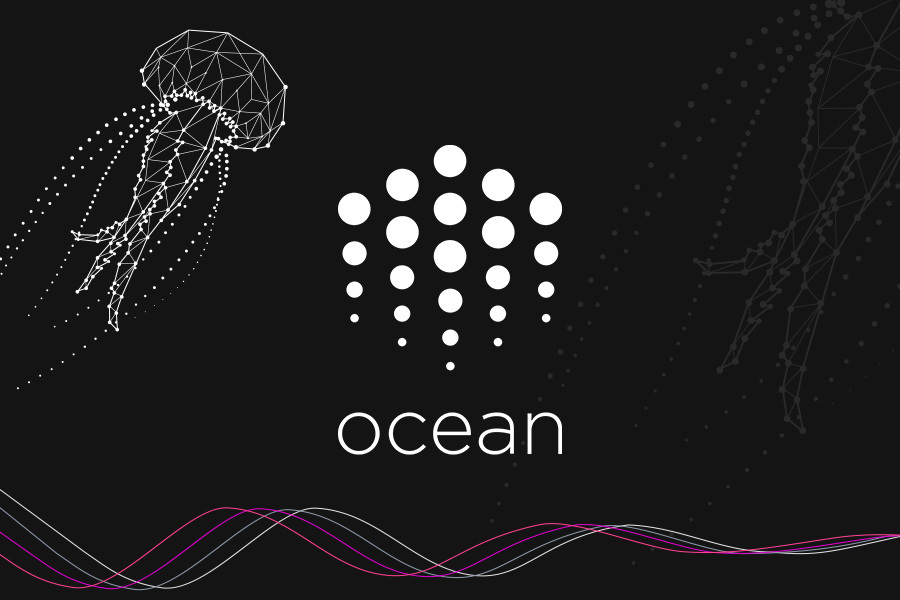 Blockchain and AI, both are revolutionary technology and are becoming a big part of our future, but did you think the two would ever come together? Meet Ocean Protocol.

Ocean is a decentralised data exchange protocol. But what does that mean? Ocean aims to unlock data from silos, for it to be used productively rather than simply stored by huge corporations such as Google, Facebook and Microsoft. Currently, these corporations have a monopoly over users’ data, they take it and sell it to make money, it is only ever shared for profit. This data is often wasted.

The ocean is about making data available to the community to build better products, services and experiences for all. Better and wider access to data means we can build more powerful AI that can help build a better future. How does Ocean Protocol work?

Ocean allows you to create your own decentralised data marketplace, where different individuals and groups can exchange data. This makes the data more widely available and helps to prevent monopolies with huge corporations dominating the AI market.

Ocean Protocol does the heavy lifting for you, handling linking to the data itself as well as keeping a record of who owns what data (metadata) and who it’s shared with. As data is on the Blockchain, everything will be recorded. Every time someone buys, views, transfers or sells your data it will be recorded, this gives data providers full control, as they can always see what’s happening to their data.

Any data from providers is stored in an encrypted link, this means that a user’s actual data isn’t stored on the Ocean protocol, only a reference to it. The key to decrypt the data is stored in several pieces on different blockchain nodes, the pieces are only connected to form a decryption key if a condition is met, such as the user paying for data using Ocean Tokens.

This means that the data consumer cannot access the data until this condition has been met.

Data providers control and set the price they charge for their data sets. Providers can also opt to allow specific accounts/users to be added to a safelist and get access to data for free, without the exchange of any tokens. Data owners approve AI algorithms that consumers are allowed to run on their data sets, giving the providers total control over their data. Consumers who could come in the form of individuals, enterprises or other organisations, can then search through different marketplaces to find desired data sets. These end-users don’t have direct access to users’ private and often confidential data, they simply run AI algorithms on the data set and then get access to the results.

This preserves users privacy but also allows data consumers to gain valuable AI insight. Ocean Protocol ensures that these data sets are only accessible when the token has been exchanged or conditions have been met by the consumer, this is all controlled by the use of smart contracts.

What is Ocean Token?

The Ocean token is used as a means of exchange within the network. Data providers earn Ocean when their data is sold and data consumers use it to gain access to run algorithms on that data. The token works as a reward for service and has a clear use case, it is used in a similar way to the LINK token (Chainlink) in which node operators are rewarded for their services in a token dedicated to that specific blockchain.

Where can I buy Ocean Token?

Ocean Token is available on several different exchanges including BITTREX, Uniswap, Gate.io, Kucoin, VCC, and Balancer. At the time of writing the token is approximately worth $ 0.15, however has seen exponential growth over the past 5 months.

What is Ocean Protocol being used for?

With access to more data and specifically more private data, we can create smarter AI and improve products and services across the world. Here are just a handful of Ocean Protocol implementations.

In 2019 sgCarMart built Singapore’s first marketplace dedicated to information about the history of used cars. Singapore currently has a problem with pollution, which has led to the government charging huge amounts in tax for new cars to attempt to reduce the effects on the environment.

This has led to many in Singapore opting to purchase second-hand cars. However, this in turn has created issues with transparency in the market, relating to the condition of cars including any problems that might be associated with them. Using Ocean Protocol, sgCarMart has created a marketplace in which buyers can take back control, accessing data on used cars to access information such as the number of owners and any ongoing problems that may be associated with it. BMW and General Motors are looking at working with Ocean Protocol to create a marketplace to build AI-driven self-driving cars. With approximately 1.35 million road deaths every year self-driving cars could lead to a safer future for us all.

However, due to the nature of the field and the fact that it is still in its infancy, car manufacturers are starved of the data that they need to build the AI that powers safe self-driving cars. Therefore, BMW and General Motors want to collaborate and share data with other car manufacturers looking to progress into the self-driving car market, to accelerate their development.

Ocean Protocol is also helping to fight Chronic disease through better access to more valuable data. We currently have very inefficient ways of treating conditions such as Parkinson’s as we know very minimal about the disease. This is a part due to a lack of data associated with the disease, it is data that allows scientists to identify patterns in the disease.

Paitencents symptoms are often simply recorded manually on a sheet of paper across a week (symptom diaries), however this data isn’t valuable in isolation. James is an AI-powered solution that combined with Ocean enables doctors to make better decisions and spot trends in large private data sets, this allows patients to receive better personal courses of treatment for the disease.

You can take a look at the Ocean Protocol use cases blog to see some of the latest Ocean implementations.

As with all Blockchain technology, there are UX challenges. AI and Blockchain are very complex principles and combining the two to create a decentralised marketplace, could be confusing for potential Ocean adopters. Particularly when trying to encourage huge companies to get involved in the project. Creating a simple, but comprehensive UI will also be a challenge for Ocean as the technology grows. When dealing with highly sensitive personal data users must be confident on how their data is being shared and with who.

Ocean hasn’t just created a marketplace they’ve created an ecosystem. The Ocean protocol allows thousands of different marketplaces and exchanges, within which all parties can access the same data.

What do you think about the Ocean Protocol? Are Blockchain and AI just meant to go together? Sign up to our newsletter below to hear more about Ocean and Blockchain news, and don’t forget to follow us on Twitter @uxsequence.