What does PayPal moving into the crypto space mean for Chainlink? 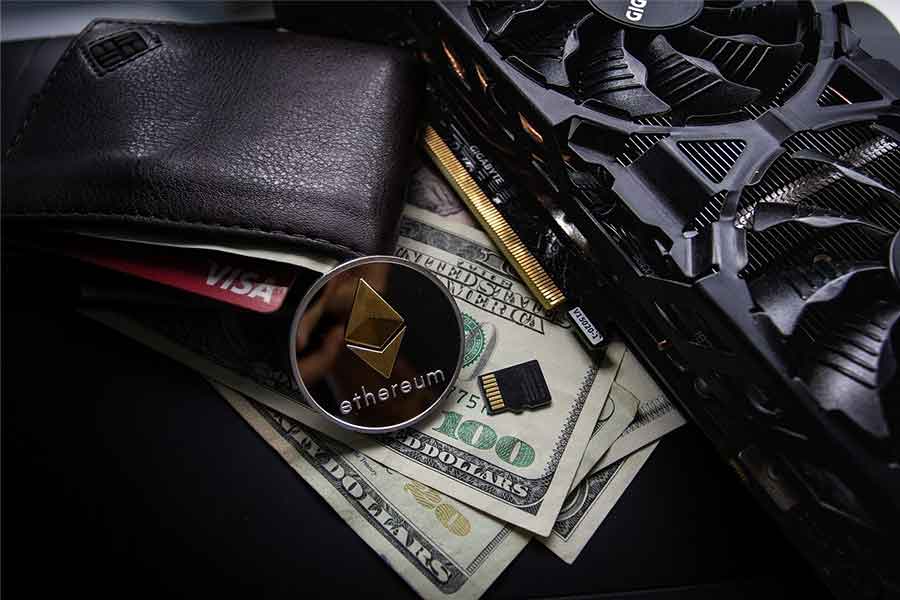 With rumours of PayPal introducing cryptocurrency into their platform, what could this mean for Chainlink?

On Monday 22nd June, Coindesk announced that PayPal are planning to roll out the buying and selling of cryptocurrencies on their platform. The PayPal crypto service would include built-in wallet functionality and is expected in as early as 3 months’ time.

Be sure to check out our updated article on the potential Chainlink PayPal integration (part 2).

It’s currently unknown which cryptos will be available to users, but sources close to PayPal have stated that PayPal are considering using multiple different cryptos. PayPal’s interest in crypto is no surprise. In 2016 they appointed Wences Casares to their Board of Directors, a leader in cryptocurrency. Take a look at page 6 of this Digital Currency Inquiry Submission published by PayPal in 2014.

It states how PayPal has a strong interest in cryptocurrency, however, at the time of the report they do not believe that it’s ready for them to fully adopt. In fact, in this report, PayPal is calling for increased regulation of cryptocurrencies such as Bitcoin. PayPal has recently advertised a job for ‘Technical Lead – Crypto Engineer’ and for a ‘Blockchain Research Engineer’. Where are the links for these jobs? They’ve been taken down by PayPal.

Major crypto news outlets such as The Coin Telegraph and Coindesk began speculating on why PayPal was recruiting for these roles, the roles were quickly taken off the website.

Interestingly, PayPal has declined to comment on the plans, rather than denying them. Could crypto news be brewing at PayPal? What does the PayPal move mean for Chainlink?

Chainlink almost hit an all-time high after the rumours about PayPal on Monday 22nd, with the price of Link reaching $4.94, but why? What does the possibility of PayPal moving into crypto mean for Chainlink?

PayPal is off-chain, meaning it doesn’t currently use Blockchain to manage users’ transactions or anything else for that matter. It uses a centralised server that is stored somewhere known to PayPal. This is a stark contrast to the decentralised Blockchain model in which we trade crypto.

What happens when PayPal wants to move into crypto though? You wouldn’t be able to trade crypto such as Bitcoin on a centralised network, as that defeats the point of crypto and its strong security features. The majority of PayPal customers will also want to continue just using traditional currency, even if PayPal did venture into crypto. Therefore, PayPal would need to link their existing systems to the Blockchain in order to show a user’s crypto balance and to be able to send and receive the digital currency, without compromising on security.

Chainlink could provide the link for PayPal, enabling them to incorporate crypto into their payment platform. PayPal requires a secure way for their databases and systems to communicate and exchange data with the Blockchain. Chainlink was built for this very purpose. Chainlink could provide a link between multiple different external sources to send Bitcoin via PayPal. This could include price feeds such as Bitcoin market price compared to the US Dollar. Is Chainlink already working with PayPal?

The short answer is that we don’t know. But what we do know is that Chainlink is ready.

Want to see something interesting? Checkout this PayPal External Adapter. Thomas Hodges, who is a Chainlink Integration Engineer, states that External Adapters “can give Chainlink the capability to utilize private resources and blockchains residing in a company’s network.” Just like the private resources on the PayPal network that would need to be accessed in this scenario.

At face value, this doesn’t mean that Chainlink is working with PayPal. As anyone can build an external adapter using API’s, this could have just been built by a Chainlink fan who had an interest in development. However, it wasn’t anyone that built this…

One of the contributors in the Git repository is Steve Ellis himself, the Chief Technical Officer and joint founder of Chainlink. Going by the GitHub name of se3000, the Chainlink pioneer has made commits and pull requests from and to the GitHub repository.

Looking at Steve’s repo’s on GitHub shows that he doesn’t tend to work and contribute to a great number of external adapter projects. However, he clearly felt that this adapter should have been built by himself and his team, but why?

This repo is around a year old, did Chainlink know about the PayPal development or are the two companies already working together? What do you think? Can you see Chainlink being the driving force that causes mainstream adoption of crypto? Or do you think it’s too early to say? Tweet us with what you think @uxsequence.

Check out Part 2 of our PayPal Chainlink investigation here.

As a UX Blockchain design agency it wouldn’t be right for us to forget the UX issues with this PayPal move. For existing users of PayPal that are new to cryptocurrency, the user experience will be significantly different compared to their experience of managing traditional currency.

An example of this could be how PayPal users only need an email address to pay, this is easy to remember and familiar to users. Whereas if PayPal were to opt to introduce crypto into their platform, users would be required to remember something like this in order to get paid by other users:

This public key is much harder to remember than a traditional email address, therefore PayPal would have to introduce a way for users to store this key in their PayPal wallet.

Could PayPal find a UX solution where they deal with the public and private keys? This could make crypto more accessible to non-technical users, but would it mean sacrificing the security and privacy features that characterises cryptocurrency?

Another UX obstacle for PayPal and users would be the time it takes transactions to go through on PayPal. The great thing about PayPal for many users is the instantaneous transactions that take place, payment can be received and sent in a matter of seconds.

However, through introducing a crypto such as Bitcoin into their platform the instantaneous transaction speed would not be possible. This is because cryptos such as Bitcoin need to be mined and verified by users before they are added to the Blockchain and the transaction is complete, this can take anything from 5 minutes to a few hours.

PayPal’s UI would need to reflect the fact that a user’s transaction is being added to the Blockchain, and that it could take an unknown amount of time to be completed.

Can you see there being any more UX/UI issues for PayPal if they venture into cryptocurrency? Check out our article on the UX challenges that Blockchain presents for users.