NEAR Protocol: A Complete Guide 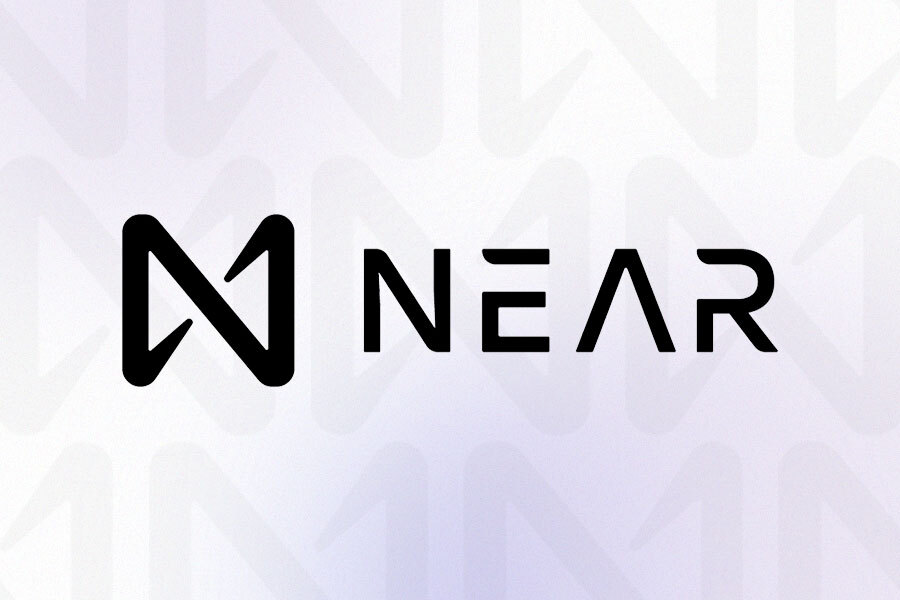 What happens when a Microsoft software developer and a Google engineer discover blockchain technology? You get two very intelligent guys that believe they can build something capable of dethroning smart contract king, Ethereum. Here's everything you need to know about NEAR Protocol.

NEAR Protocol is a decentralised, smart contract capable, layer 1 blockchain. NEAR aims to resolve current blockchain network limitations such as transaction speeds, throughput rate and interoperability via its Doomslug consensus and sharding mechanism, Nightshade.

Introduction to NEAR Protocol

One of the main forms of credibility for NEAR Protocol comes in the form of its founders. NEAR was co-founded by Alexander Skidanov, a software developer who previously worked for Microsoft, and Ilia Polosukhi, an ex engineering manager at Google. When did NEAR launch?

Skidanov and Polosukhi started NEAR in 2017, initially as a machine learning project before the pair started to explore smart contracts and crypto. After using other blockchain protocols, they ultimately came to the conclusion that they could build something better than what was currently available. The two built a team and started to develop Near Protocol in August 2018. NEAR Protocol’s mainnet went live in 2020.

Between 2017 and 2020, they raised $50 million through various token sales and received financial backing from some of the biggest investment groups in the crypto space including: A16Z, Libertus Capital, Blockchange and Animal Ventures, as well as other undisclosed investors.

Impressively, NEAR’s final public sale was so popular within the blockchain community, it resulted in the crash of the CoinList website and subsequently had to be postponed to a later date.

How does NEAR work?

NEAR is a layer 1 blockchain aiming to compete with the likes of Ethereum and Solana. Whilst it ultimately offers the same service as other layer 1s, NEAR aims to improve on areas that blockchains like Ethereum fall short. This includes interoperability and scalability, but NEAR’s real competitive advantage comes in the form of a technology known as sharding, which ultimately leads to all-conquering transaction speeds.

To understand sharding, it’s important to first understand the role and function of nodes.

A blockchain consists of numerous blocks of data. These blocks of data are stored on nodes. Nodes can come in the form of a device like a computer or a laptop, but essentially you can think of them as small servers. Nodes are connected to one another and, in theory, form the blockchain. They do this through their 3 functions:

As more and more people use a network, the workload for the nodes becomes more demanding. NEAR Protocol uses something called sharding to basically lessen the workload of a node. NEAR have named their sharding mechanism, Nightshade.

So, what do we mean by sharding? Sharding works by splitting a blockchain node into smaller partitions known as shards. Each shard consists of its own data and can be used to process transactions in accordance with other shards, increasing the overall throughput of the network. Nightshade differs from other sharding systems because each shard produces a fraction of the next block; this is referred to as a chunk.

NEAR’s consensus mechanism is pretty technical, so we’ll try and explain it as simply as possible.

NEAR uses a customised proof-of-stake (PoS) consensus model that they have named Doomslug. The main difference between NEAR’s consensus and others is that finality can be achieved after just one round of communication, unlike alternative blockchains who use several rounds and consequently, increase the time to reach finality.

Doomslug finality is achieved after just one round of communication which makes it a whole that quicker vs solana and other level one blockchains. Doomslug finality considers a block irreversible unless at least one participant is slashed.

Slashing, or stake slashing, is a punishment for misbehaving validators. NEAR considers misbehaviour as actions such as: double signing a block at the same height, or signing a block with an invalid post state root. The slashed stake is shared between any nodes who report the misbehaviour.

If you’re looking for a more detailed explanation of how NEAR achieves finality, it’s probably best we leave it to NEAR co-founder Alex. Check out his highly technical explanation below.

Sharding results in transaction speeds of around 100,000 transactions per second (tps). In comparison, Solana can process 65,000 tps whilst Ethereum only manages around 15 tps.

As previously mentioned, the Doomslug consensus also allows NEAR to achieve transaction finality near instantly. This again wins out when compared to Solana (approximately 13 seconds) and Ethereum (approximately 1 minute).

As a proof of stake network, NEAR Protocol does not consume vast amounts of electricity to validate its network and has even been rated carbon neutral by climate specialists, South Pole.

As with most new base layer blockchain projects, such as Avalanche, it’s important for the network to be compatible with Ethereum due to the scale of its adoption.

To achieve this, NEAR uses an Ethereum Virtual Machine (EVM) called Aurora. An EVM is essentially the code in which the Ethereum network runs on. In simple terms, anything you can do on Ethereum, you can do on NEAR Protocol.

To move from the NEAR network to the Aurora network, NEAR have created something called the rainbow bridge. Think of this as a bridge between the two networks which allows people to move their ETH from one side to the other. Aurora differs from other scaling solutions because it uses the Ethereum coin, ETH, making it almost identical to Ethereum. However, existing on the NEAR blockchain means Aurora inherits NEARs impressive consensus mechanism.

NEAR Protocol strives for mass adoption through ease of accessibility and the use of a user-friendly platform with a simple interface; this is intended to make the platform accessible to those with limited knowledge of blockchain.

For instance, users can create NEAR accounts with human-readable domain names as opposed to a public key hash. And without having to rely on third-party providers such as Ethereum Name Service which adds a cost.

The idea is that the user experience is closer to what users are accustomed to in web2 applications, making the whole web3 onboarding process less daunting.

The native currency for NEAR Protocol is NEAR (to differentiate the coin from the network, we’ll refer to it as $NEAR.) 1 billion $NEAR tokens were created at Genesis on April 22, 2020, which were allocated to groups such as financial backers and core contributors.

The coin has three main functions:

Validators earn NEAR Tokens, with a static inflation rate of about 4.5% each year, as a reward for producing new blocks. As becoming a validator is rather complex and expensive; alternatively, you can stake towards a validators staking pool to earn staking rewards also.

$NEAR coin holders can also propose and vote on ways to improve the overall NEAR Protocol going forward. The future of NEAR

Currently NEAR operates similarly to a DAO. This is because NEAR uses groups called guilds. These are basically community groups that carry out specific tasks for NEAR, a bit like departments within a company. NEAR’s guilds focus on areas ranging from social media to legalities (you can find them all here.) Also, as we mentioned earlier, the $NEAR token acts as a governance token allowing holders to propose and vote on new ideas, just like a DAO.

However, once the NEAR mission takes off, it is expected that NEAR will become a fully fledged DAO. Essentially handing the keys to its community and becoming fully decentralised.

The Near Foundation announced it will allocate $800 million in grants to incentivise projects to build on the NEAR Protocol, including $250million for existing projects on the network to help them scale.

NEAR says, “For entrepreneurs looking to bootstrap a dApp into the NEAR ecosystem, these grants provide network credits equivalent to $3,000 USD, $5,000 USD, and $10,000 USD.”

Therefore, we can expect many more projects to join those currently launched on NEAR which includes: Octopus Network, Flux, Mintbase and Paras.

NEAR’s rainbow bridge, that we covered earlier, allows the NEAR Protocol to be compatible with Ethereum. Thus, meaning you can move your ETH back and forth from the NEAR and Ethereum networks.

NEAR developers plan to allow other cross chain transfers in the future with other major Ethereum competitors including: Binance Smart Chain, Phantom, Flow, etc.

It’s important to note that NEAR Protocol is still in development and therefore could still be a long way from being adopted on a mass scale.

However, NEAR appears to be ticking all the boxes when it comes to the Ethereum killer checklist.

Big name investors have backed the project, the founders come from an extremely reputable background and it appears to beat Ethereum in most areas whilst also being EVM compatible.

It begs the question: Could NEAR Protocol be the Ethereum killer? Let us know your thoughts.