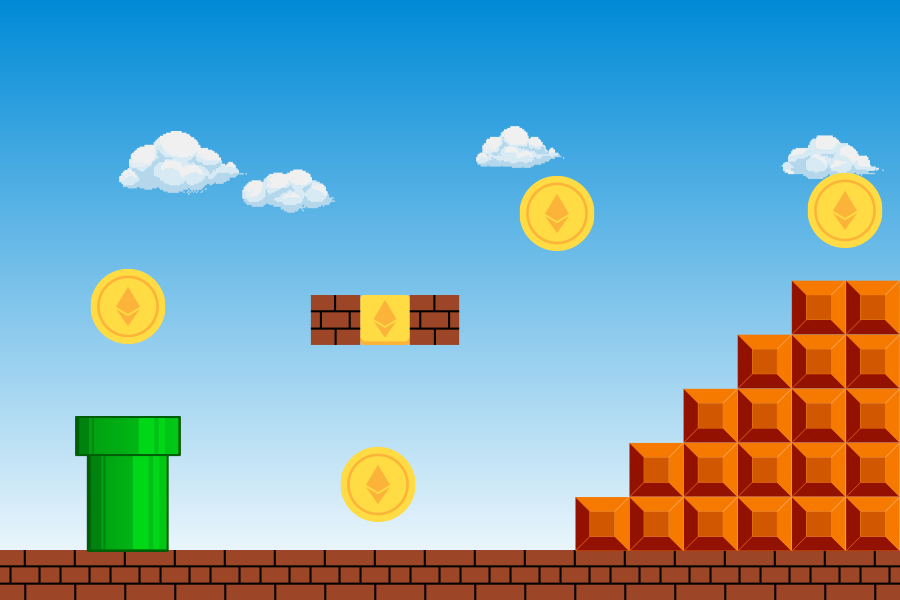 The gaming industry is the latest to be disrupted by blockchain technology. Play to earn games offer gamers real ownership and a chance to make real money while playing. There are many examples, the most popular is Axie Infinity.

What are “play to earn” Blockchain games?

The play to earn business model brings a new layer to the gaming industry. Blockchain has been used in gaming for a few years now, with play to earn embracing an open economy. Players can earn cryptocurrencies from the time and effort they spend playing the game whilst also adding value to the  Metaverse through their contributions. The model hopes to bring ownership back to players, where they can purchase individual add-ons like special items or powerful creatures in the form of an NFT. All of this data is then stored on the blockchain.

Most play to earn games require an initial investment to get started. However, unlike purchasing a console game for £50 and having full access, play to earn games usually require you to invest more into them. However, you can make your money back in a couple of months and any in-game purchases will hold their value and can be sold again.

Play to earn games have become increasingly popular in developing countries during the Covid-19 pandemic as an extra income stream.

Examples of “play to earn” games

Blockchain technology and the play-to-earn model is still a new concept. However, some examples have gained traction. They are well known and have generated large amounts of money for some players.

Decentraland is the worlds first example of a Metaverse that is powered by the Ethereum blockchain.

The virtual platform empowers users by providing opportunities to create and monetise their content and applications. This brings a special individuality to Decentraland because ‘Land’ is permanently owned by the community. This gives the users full control over their creations and the direction that the game goes forward in.

The blockchain is helping to return ownership to players. Once a player owns a plot of land in Decentraland they control what content is created on their portion of land. The land is bought in the form of an NFT and is a scarce resource in the Metaverse.

Decentraland has 1,500 daily users that continuously customise their character’s style. Recently, a 16,000 square ft plot was purchased for $913,808. The player who purchased the plot intends to turn it into a shopping centre where other users can purchase clothing in the form of NFTs.

Decentraland is its own world and with that comes its own currency. To play Decentraland you need to hold MANA. For example, the player who bought the plot of land will have paid nearly 1.8 million MANA. The currency is used to pay for land, goods and services on the platform.

Contracts regarding MANA earnings, land ownership, wearables ownerships and estate contracts are governed by a decentralised autonomous organisation, or a DAO, making it truly decentralised.

Another example is Sorare, a fantasy football-style game where players can trade cards to build a team of five football players in the form of NFTs.

Players gain points from the cards based on their real-life performances. The points help the managers with tournaments where they compete against each other and win ETH or card rewards.

The football cards receive positive points for positive actions such as a goal scored, an assist made, a penalty won, etc. And negative points if they receive a red card, score an own goal, concede a penalty etc.

The organiser can end the tournament whenever they want and also control the frequency of tournaments. This creates ownership and governance by players. In May 2021, £9.4 million ($13m) was exchanged on the platform using their Ethereum blockchain-based network, its popularity can be credited to its similarities with other fantasy football league games. Earlier in the year a unique card for Cristiano Ronaldo, arguably the best football player of all time, sold for almost $300,000. This broke the current record held by LeBron James of the most expensive sports player-based NFT.

League of Kingdoms is s an MMO (Massively multiplayer online game) Strategy game where gamers fight for dominion. In the first month of its launch, the game paid out $12,00 in revenue to landowners.

The game is free to play but revenue is generated through in-game purchases. With 10% of all revenue given back to landowners. Players can also generate income by gathering resources, minting them onto the blockchain and selling them on OpenSea.

The resources come in two categories, land and skins. Both are stored on the blockchain in the form of NFTs.

The skins provide magical abilities that help characters become more powerful. Some skins, known as legendary skins, are unique NFTs with powerful features. You can learn more about skins here.

The land feature is pretty similar, ownership is guaranteed and the land is unique to the user. Land offers an opportunity for users to earn money back on their investments. This is because any kingdom that flourishes on a players land has to give money to the landowner. Players can check details about land in the land portal, including the ETH return ratio, details of the owner and total cumulative DAI return.

Rounding off our list is the trending blockchain-based, play to earn game Axie Infinity. A Pokemon-inspired metaverse where players battle, collect and raise their Axies in a land-based kingdom. It is the number one ranked game on the Ethereum blockchain-based on daily, weekly, and monthly active users. Since it launched it has generated over 13,000 ETH in revenue and became the largest selling NFT group. There are two game modes in Axie. Battle and adventure.

Battle mode consists of real-time, one on one battles between two players and their Axies. The Axies have different abilities which deal different levels of damage.

Adventure mode sees you travel around the map encountering rogue monsters called Chimera. The monsters are terrorising the Axie universe, Lunacia. Players complete tasks to defeat the monsters. As the game is still new, Axie plans to add more battle modes. Similar to how Pokemon expanded. Completing activities in the Axie universe rewards you with SLP. SLP is what you use to breed more Axies. Because there is a demand for this you can sell it to other players and make a profit. You can trade SLP on a DEX or centralised exchange such as Binance, it’s currently trading at $0.3902. You can gain SLP by completing quests. These quests are the same every day, logging in, getting 5 arena wins, and completing 10 adventure tasks.

Players can also generate income through competing in PVP battles to win leaderboard prizes, breeding Axies and selling them on the marketplace, and collecting and speculating on rare Axies such as Mystics and Origins.

There is also the option to play as a scholar if you can’t afford the initial investment for Axies. This is when a master gives you 3 Axies they have spare so you can play until the agreement ends and then split the profits.

That’s our round up of some of the biggest Blockchain Play to Earn Games on the market right now! Got something to add? Let us know on Twitter @uxsequence.