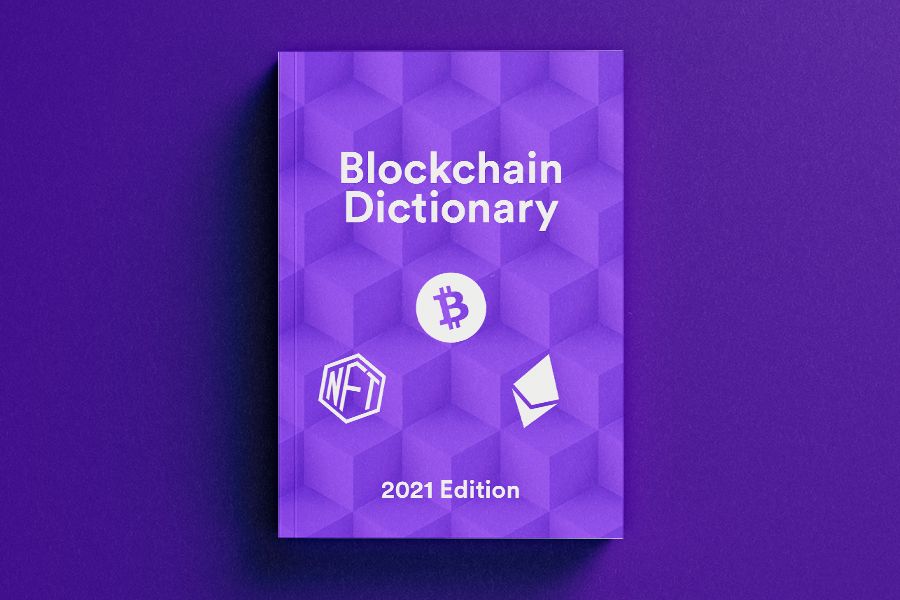 Many different phrases and acronyms are used in the blockchain industry that can make things difficult to understand. This language barrier can be intimidating for people who want to get into the industry. So we've put together a glossary of terms that are frequently used in the industry and gave a simple definition for anyone to understand.

A marketing strategy used by new coins, in which a certain amount of coins/tokens are sent to members of the crypto community to build hype.

The highest price per coin a cryptocurrency has reached.

A person is left holding shitcoins after the rug has been pulled.

Someone who believes a coin is on a negative trajectory.

A token standard for creating and issuing smart contracts on the Binance Smart Chain.

A system of recording information that is impossible to edit, change or hack. It is the technology behind cryptocurrencies and so much more.

Someone confident that a coin or token’s price will increase.

Centralised Finance, the traditional financial system of banks and insurance which is used today.

Decentralised Finance, an umbrella term summing up a new financial system that does not rely on central financial bodies.

A peer-to-peer platform that allows the exchange of cryptocurrencies without the need for a centralised body.

A trader with a high-risk strategy that isn’t fazed by volatile prices.

A drop in the value of a coin or token.

DYOR (Do Your Own Research)

The process of researching a coin, token or project before investing.

A token standard for creating and issuing smart contracts on the Ethereum blockchain.

An arrangement involving a third party that holds funds between a buyer and seller during a transaction. Escrow provides peace of mind for the parties involved.

Often referred to as Yield Farming or Liquidity Mining. It’s the process in DeFi apps of locking your cryptocurrency into a liquidity pool to gain interest and other rewards such as governance tokens.

Currency issued by governments that are not backed by a commodity such as gold, the main currency used in CeFi.

FOMO: (Fear Of Missing Out)

Feelings of anxiety that you will miss out on something big if you don’t invest your money, often forcing a trader to Ape In.

A marketing tactic consisting of purposely spreading misinformation that brings feelings of dread into investors to encourage them to sell.

Because the crypto market is so young there is always a high chance that a coin is under/overvalued. Investors have to do fundamental analysis to see whether the price is fair or not. This means analysing factors relating to the projects, the blockchain and finance.

The cost of running a transaction or executing a contract on the Ethereum blockchain.

HODL: Hold On for Dear Life

Originally a drunken typo in a Bitcoin forum, HODL is now the term used to discourage people from selling when a coin’s price drops too low.

The crypto industry’s answer to an Initial Public Offering. It is a way to raise investments for a company to launch a new coin, token or any other DeFi product.

The first time a coin approaches a DEX to appear on their site they have to provide an IDO to the platform.

The total value of all the coins that have been mined.

Slang term for a coin that is perceived to have potential. Usually used by people on the internet who say a coin is “going to the moon.”

Often said by people on the internet to cover themselves if one of their readers or followers decides to follow their advice/recommendations such as investing more than they can afford on a coin that doesn’t succeed.

A unit of data that is stored on a blockchain that proves a digital asset is unique and not interchangeable. NFTs represent assets such as pictures, videos and gifs. However, recently much more has become available to sell as an NFT, a house, the original code of the creation of the internet and even love!

NGMI: Not Going to Make It

A slang term used to encourage people to invest in a coin. NGMI is supposed to instil FOMO into someone who doesn’t have a certain coin yet. For example, if you invest later than now, you’re not going to make it in time for when the coin pumps.

The opposite of Diamond Hands someone with paper hands is someone that sells too easily after a short dip.

This is the password to your digital wallet. Your wallet’s private key is generated into a six-word seed phrase that encodes your private key. This stops hackers from getting access to your wallet.

A fraudulent scheme based on spreading misinformation about a coin to make it seem like it has a lot of value, and then selling your stock while it is much higher than when you bought it.

The phrase is used to describe a coin’s value rising over a short period.

Internet slang for “wrecked.” The cryptocurrency community usually uses it to describe someone who has lost out due to a poor investment.

The moment in a pump and dump scheme when prices begin to dump. If the rug is pulled from under you, you will experience a large loss over a short space of time.

A person who promotes a crypto project solely for their own gain.

A tongue in cheek definition for a coin with little to no value or no immediate purpose. The term splits opinion as some believe that shitcoins to be highly profitable, while others believe them to be fraudulent and dangerous. They were mentioned in the US congress in 2019.

Cryptocurrencies that attach their value to that of a real-world asset. For example, USDC pegs the value of each coin to a real USD.

The economics behind the value of cryptocurrency. By analysing factors surrounding the specific coin or token you have a better idea of how much you should pay.

A token resides on its own blockchain and is separate from a coin. A cryptocurrency can have both tokens and coins, and both can be traded. However, the coins are used more for purchasing. Tokens can have a wide range of uses, governance tokens allow you to make decisions, a security token represents your stake in an asset, and there are plenty more.

A token standard for creating and issuing smart contracts on the Tron blockchain.

When a crypto project launches it uses a whitepaper to let investors and users know the technical information surrounding its concept, as well as a roadmap of past progress and future ambition.