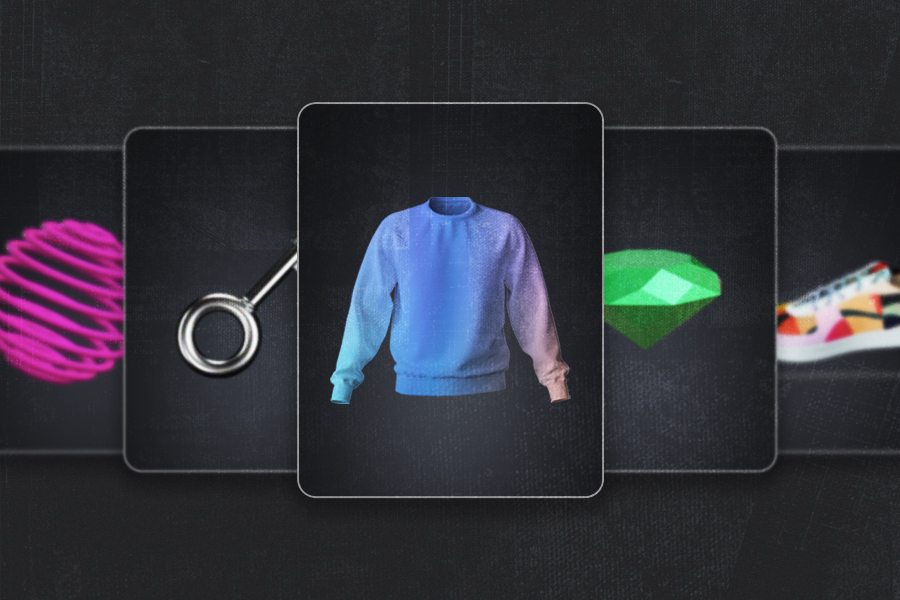 You probably know by now that NFTs can take many different forms. Bored Ape NFTs exist as simple JPEG files whilst Kings of Leon released a whole music album as an NFT. But can NFTs be combined with 3D art?

Yes. In fact, NFTs can exist as pretty much anything: an image, a video, a song, the possibilities are endless. So of course they can be 3D.

But why would you want to combine 3D designs with NFTs? Aside from the fact they make your designs more eye-catching, they open up a world of new opportunities that we’ll outline throughout this article.

Not to mention they do a great job of bringing a brand or project more in line with web3. Because 2D is so web2…

What type of NFTs can be 3D?

Until now, the most common use of NFTs has been to produce digital art. Whether that be using art to create NFT collections with additional benefits, or simply helping digital artists to add royalties and transparent ownership to their work.

Now 3D NFTs are being used by digital artists to create more striking artwork, whether that be for NFT collections or for high-priced, 1-of-1 pieces.

The idea of an access key isn’t new. But through 3D NFTs, we now have a new way to display them.

Whereas previously a digital access key would exist in the form of a code or a link, they can now be represented in the form of a digital key, pass, ticket or whatever else you like – remember, NFTs can be anything you want them to be!

This has opened up a host of new possibilities around access and ticketing. 3D models of digital access keys and tickets can maintain the same utility as they had previously, while being more aesthetically impressive and holding an increased level of collectability. 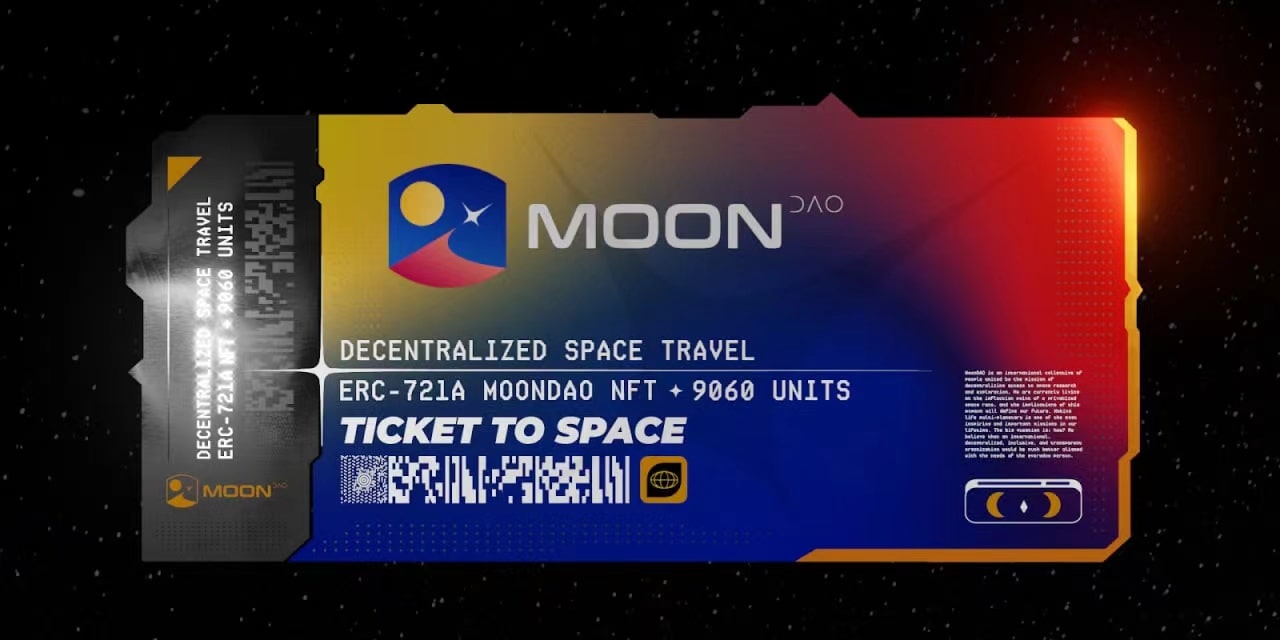 If we’re going to be playing, socialising, and even living in the metaverse, we’re going to need things to wear, right? Of course these come in the form of NFTs too, another use case for 3D non-fungible tokens.

Wearable NFTs have already become a huge on-ramp to the web3 world for brands in the fashion industry. From streetwear brands such as Nike and Adidas to luxury fashion houses like Gucci and Louis Vuitton, nearly every major brand in the world of fashion has attempted to enter the metaverse with their own NFT clothing ranges.

And some have gone bigger than others. In 2021, Nike acquired digital sneaker creators, RTFKT, for over $1billion in an attempt to crack the metaverse.

Much of the conversation around the metaverse relates to gaming and the transition from traditional web2 gaming to web3’s blockchain-shaped gaming landscape.

The shift to a play-to-earn model allows gamers to own in-game assets as NFTs and one of the most common assets in the gaming world is of course land. It goes without saying that 2D land would belong in an early 90s version of Sonic the Hedgehog, which probably explains why gaming was one of the first spaces to adopt web3 and NFTs. The already highly sophisticated nature of virtual gaming worlds meant the current gaming ecosystem was ready to be swept along by three dimensional NFTs.

How to create a 3D NFT

The good news is if you’re already a bit of a wizard when it comes to 3D design and rendering, there’s not much more to learn if you want to turn your work into an NFT.

In fact, most NFT marketplaces such as OpenSea and Rarible do the work for you. For example, on Rarible, all you have to do is connect your wallet, click create, select a blockchain and upload your file in one of the accepted file types. In the case of 3D art this could be a PNG, GIF, WEBP or MP4. Then you’ll just need to decide on a price, expiry date for your listing and royalty percentage. From there, click create item and Rarible will do all the hard work for you.

However, a lot of artists are releasing their 3D work as a collection of NFTs. Often this can involve more than thousands of individual NFTs that come together to make a whole collection.

And obviously making 10,000 individual 3D NFTs would be extremely time consuming. That’s why collections such as Imaginary Ones incorporate random generation into their NFTs.

The simplest way to do this is by utilising the Raptor plug-in for Blender. Raptor allows you to create traits and then set a rarity level before generating random combinations of traits. It also generates metadata for each individual artwork in the form of JSON files as well as 3D GLB files of each combination that can be uploaded to NFT marketplaces.

The video below does a great job of walking you through the whole process.

There’s no doubt that CryptoPunks and Bored Ape Yacht Club paved the way for NFT collections that doubled as your entrance to a community. But whilst they achieved mass success in terms of sales, some have been quick to criticise the actual artwork itself, questioning how “bad art” can be valued so highly.

Collections such as Imaginary Ones use 3D animations to create highly sought-after pieces of digital art that still exist as a gateway to a community.

Arguably the most famous NFT artist in the world, Beeple, has used 3D design to create artwork that physical creations can’t compete with. One of his most notable pieces, CROSSROAD, was dependent upon the outcome of the last US presidential election.

As such, it featured former US president Donald Trump laying face down covered in graffiti, although the piece would’ve looked very different had Trump emerged successful in the 2020 election. The piece’s description on OpenSea, which was added before the results, states “PLEASE FUCKING NOTE: If trump wins, this token will change to that video of sexy boi king trump stomping through hell FOREVER”

The piece was sold for $6.6million on the secondary market in February 2021 after originally being snapped up for $66,666.

Launchpool is one of the leading crypto IDO launchpads in the web3 space. It provides a new way for crypto projects to get off the ground while also making early-stage investment accessible to all.

To reward their community of token holders, Launchpool released 4 tiers of Launchpool Labs NFTs which all provided differing levels of access to the raises on their platform. Of the many fashion houses that have entered the world of digital clothing collections, none have been much more successful than Dolce & Gabbana.

D&G raised more than $6million from a nine-piece NFT collection of digital wearables – the most expensive being the Doge Crown, a metaverse-compatible crown which sold for $560,000 and entitles the owner to claim a physical version of the crown as well. One of the most well-known metaverse projects to incorporate land parcels was Yuga Lab’s Otherside which raised a whopping $320 million from its first land sale. 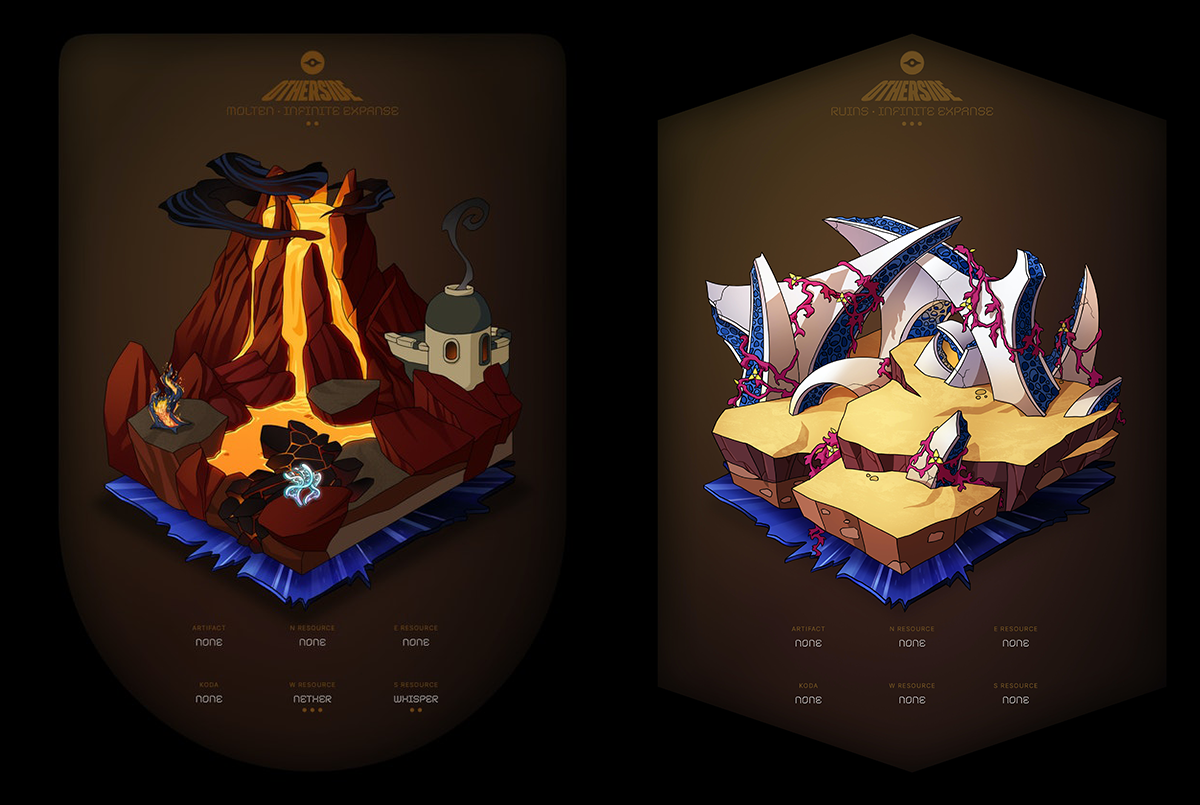 The group behind BAYC are seemingly leading the way when it comes to combining NFTs with metaverse gaming. NFT land parcels as can be seen above represent ownership of a digital plot of land in the game itself, whilst Bored Ape owners are able to use 3D renders of their apes to explore the virtual world too.

There’s no doubt that gaming has led the way in terms of 3D NFTs, closely followed by digital artists bringing their skills to the NFT space. But we feel this is just the beginning for 3D NFTs.

In our opinion, the transfer of physical assets from our lives into the metaverse will become BIG business. The clothes, shoes and jewellery donned by our avatars, our virtual homes and even our virtual selves have the potential to become as important as their physical counterparts. One thing’s for sure, it’s an exciting time to be a 3D designer.